About the C.G. Jung Society of the Triangle

The C. G. Jung Society of the Triangle is an organization of people interested in the work of Swiss psychiatrist Carl Gustav Jung and his followers. Since 1983 we have offered lectures and workshops presented by Jungian analysts and professionals working with Jungian concepts. People with a wide range of interests and professions attend our programs. Non-members are welcomed at all lectures and workshops.

We are passionately moved by and deeply engaged in the evolution of Jung’s paradigm of analytical psychology. This is accomplished through lectures, workshops, small groups, experiential encounters, and retreats.

We strive to be a group that:

• Nurtures the individual's search for meaning

• Supports the journey of healing

Welcome to
C. G. Jung Society of the Triangle 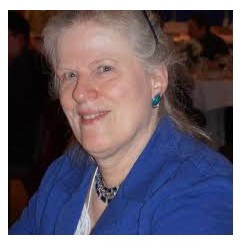 Dream researchers of the late nineteenth century faced a number of challenges that were eventually resolved by technological developments such as alarm clocks, pencil erasers, gas and electric lighting, the typewriter, carbon papers, copiers, calculators, and tape recorders. One area of dream content of particular interest were the “dreams of death” which included a variety of dreams we migh regard as para-psychological and prophetic dreams, including one told by Abraham Lincoln. There were also many dreams that included archetypal symbols of death. Participants will be given one of these dreams to consider as if it were one of their own dreams.

Hendrika Vande Kemp was on the faculty of the Graduate School of Psychology at Fuller Theological Seminary from 1976 through 2001, and in private clinical practice in Virginia from 2002 through 2015. Her articles and book chapters on dreams include “The Dream in Periodical Literature: 1860-1910,” “Psycho-Spiritual Dreams in the Nineteenth Century. I. Dreams of Death,” “Psycho-Spiritual Dreams in the Nineteenth Century. II. Metaphysics and Immortality,” “Dream Journals, Questionnaires, Interviews, and Observations: Precursors to the Twentieth-Century Content Analysis of Dreams,” and “Lydiard Horton’s Reconstitutive Method of Dream Interpretation and the Trial-and-Error Theory of Dream Images.” She is one of the editors of the 2019 volume Histories of Dreams and Dreaming: An Interdisciplinary Perspective. She has published an encyclopedia article on “The Therapeutic Use of Dreams,” and in newsletters and anthologies has published the “Sestina on Joseph's Celestial Dream,” “Three Story-Book Dreams with Interpretive Commentary,” and “A Comforting Dream.”